Waiting for a Rogue Like You (Rogues of Redmere) 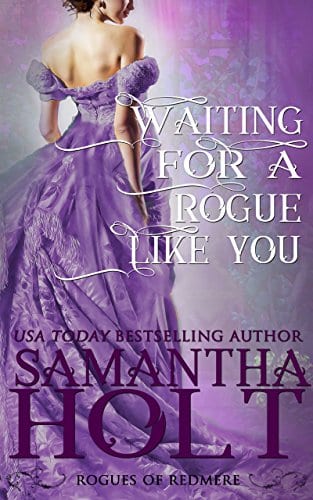 He knows trouble when he sees it.

Fortunately, Drake likes trouble, especially when it comes in a particularly attractive package. While he and his crew of smugglers are waiting for their next job, Julianna makes a welcome distraction from the damned ache in his leg and the scars making his skin itch.

A shame Julianna doesn’t like him one jot then, not even when he rescues her and promises to bring her to her brother. She knows a rogue when she sees one and the last thing she needs is another man in her life telling her what to do. Not even her brother…

A brother who happens to be the face of the smuggling operation Drake partakes in. And a terrifying face at that. Knight is the muscle behind the crew, ensuring their cover remains in place so that they can help the war effort whilst making a pretty penny. Knight won’t be too happy when he finds out Drake has decided Julianna is a challenge he more than welcomes.

It’s a risk he’s more than willing to take.