Lost in the Mist of Time 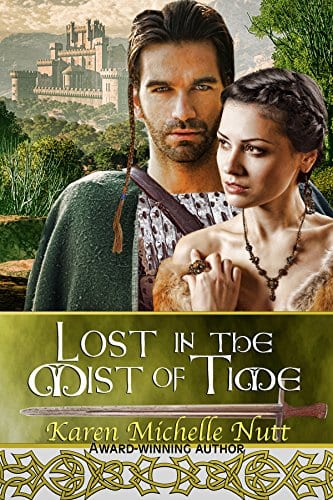 Aislinn Hennessy pens tales of courage, loyalty, and true love, but her heroes of old are pure fantasy—figments of her imagination. She long ago gave up thinking a knight in shining armor would sweep her off her feet, but then she never expected to run him off the road either.

Sir Dougray Fitzpatrick has buried one wife and vows to never love again—but destiny has other plans for this 16th century Irish Lord. During a battle, a mist separates Dougray from his men and casts him into the future. Dougray must return to Dunhaven and to his century, but Aislinn follows him into the mist, leaving him no choice, but to take her home with him.

Conspiracies, feuds and unexpected violence are commonplace threats, but along the way, Aislinn and Dougray discover a surprise neither one expects: a chance for love even when they’re Lost in the Mist of Time.