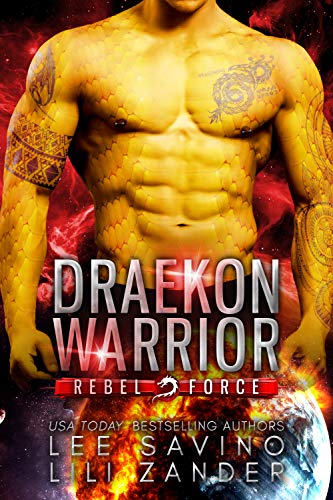 Captured in space. Imprisoned. Sold to the highest bidder.
But my biggest problem is the bossy, aggravating, impossible, alien who’s supposed to rescue me.

The bossy alien I kissed.

Kadir is dangerous. I’ve seen him fight and his body is littered with scars. He’s a soldier. A warrior. And when he loses control, he turns into a big scary dragon and breathes fire.

Everyone’s terrified of him. I’m not. No, call me the biggest fool in the galaxy, because I’m attracted to the big jerk.