Say You Love Me: An Enemies to Lovers Romance (Southport Love Stories Book 2) 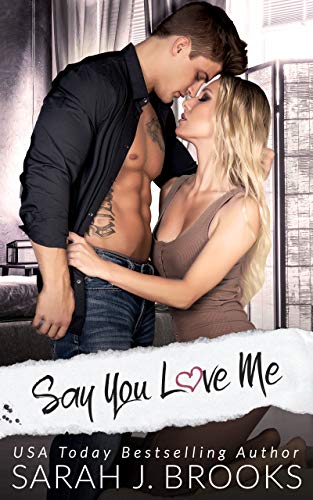 “Jeremy Wyatt is the biggest playboy you’ll ever meet. He’s a great attorney and a decent friend, but he’s an ass to women. He’s all about the conquest, and then he loses interest. You’re too good for a guy like him. And I don’t want to have to break his arms for messing with you. You’re young, Lena. And a little naive. A man like Jeremy would eat you up and spit you out.”

My big brother’s words should have been enough of a warning.
He knows his business partner very well.
But Jeremy is the most gorgeous specimen of masculinity I’ve ever encountered.
You have to be dead or unconscious not to feel a twinge in your lady bits at the sight of him…
Full lips, dazzling blue eyes, and broad, muscular shoulders.
Plus, he’s witty, intelligent and charming. And more importantly, we simply clicked.
At least that’s what I thought – until my brother’s warning turned out to be spot on.
And my heart was shattered into a thousand pieces.

Since then, I’ve set up a new rule for my life:
I will never be taken in by a pretty face and smooth words again.
From now on, I officially hate Jeremy Wyatt.
Which is kind of complicated, because he turns out be my new boss.
And it doesn’t take long until the butterflies are back again.
I want to forget all about him and move on.
But now I have to handle Jeremy daily without gouging his eyes out.
Sometimes he asks me to stay in his office for overtime.
That’s when I break my new rule. Again. And again.
A few weeks later, morning sickness tells me that the unthinkable has happened.

Is now a good time to tell Jeremy and my brother that I’m carrying a secret surprise?