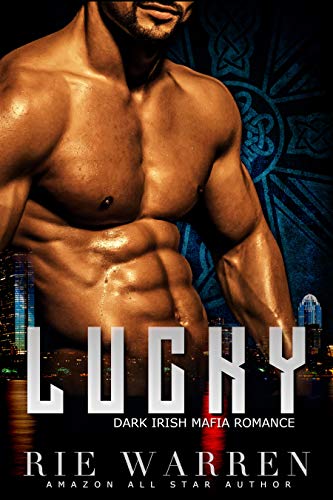 He’s concerned with one thing only: ruling his mafia empire. She’s sworn off men—especially bad ones—for life. Despite their instant hostility, these two are on a hot collision course, and the collateral damage could be catastrophic.

I know all about being down on my luck but, right now, I’m at the top of the mafia food chain, and I don’t intend to let anything, or any woman, get in my way.

Then this broad appears in my casino. Prudence Knight is a straight-up hustler, a card shark who wins hand over fist, and I refuse to be impressed.

With her smartass attitude combined with the angelic looks, she’s begging to be controlled by a mafia man like me.

I don’t plan on taking it easy on Prue. Sure, she’s been through an ordeal, but now she owes me. I’m gonna find a reason to keep her for as long as she serves my purposes. Because, after years of being under my dad’s despicable rule, the only risks I take are the ones I know will benefit me in the end.

I’ve been known to be hardheaded and I’m definitely all about my independence. I bust my butt to earn a living and I have no desire to be any man’s pawn. Not even Lucky O’Sullivan’s.

Oh yeah. I’ve heard of him. Who hasn’t? The rumors, the gossip, the mafia myths. He’s said to be an unrepentant killer, and that might be the least of my worries. I hate him at first sight, and the feeling seems to be mutual until he makes me an offer I really should refuse.

Now I owe him, which makes this arrogant mob boss think he owns me. I’m getting in too deep, but at what cost?

Lucky is book 1 in the O’Sullivan Brothers Irish mafia series. No cliffhangers. No cheating. Includes sizzling hot scenes. Can be read as a standalone.