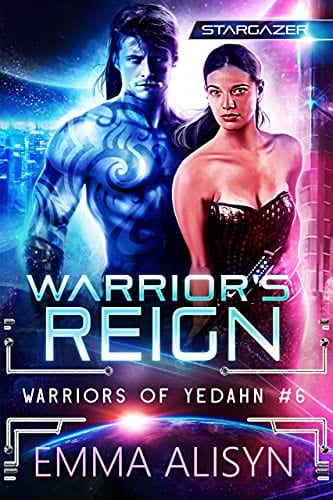 Imperial commander Vykhan has craved his human mate in secret for years, and finding out she’s the newest warrior under his command shreds the last tatters of his control.

Reign is instantly wary of her new boss—despite his chilly, condescending attitude the attraction between them reels her in.

But the odd sense of familiarity, and the suspicion he’s deeply involved with the crime boss they’re currently investigating, sets off every spidey sense. They constantly clash, and everywhere she turns he’s there. Pushy, demanding, eroding her barriers.

But turnabout is fair play, and when she challenges him in return, the controlled warrior unravels—and the truth emerges.

Reign will have to take in his dark side, or walk away from everything she’s worked for.

If he’ll let her.

If it isn’t too late.