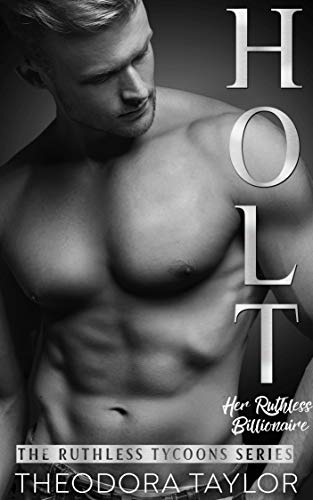 Holt Calson was born with an 11-figure spoon in his mouth to one of the wealthiest families on the globe. The night they met, Sylvie Pinnock only had 11 dollars in her purse, and it was all the money she had in the world.

They were never supposed to meet, much less be together. But Holt didn’t care. He just wanted Sylvie. And what Calsons want, Calsons get.

For one blazing summer, they had it all…until everything fell apart with a terrible betrayal.

Sylvie is happy and thriving in a solid relationship with a good guy. Until Holt shows up at the resort where she works as a Kids Club manager. She’s moved on, but he definitely hasn’t.

Also, the now single-dad billionaire is in desperate need of a capable nanny to manage his out-of-control son, and he decides that his ex is perfect for the job–whether she wants it or not.

If Sylvie thinks all is forgiven now that they’re all grown up, she’s about to find out….

HOLT: Her Ruthless Billionaire is the first standalone story in Theodora’s Ruthless Tycoons collection, a series featuring vengeful scions who get a second chance at love.