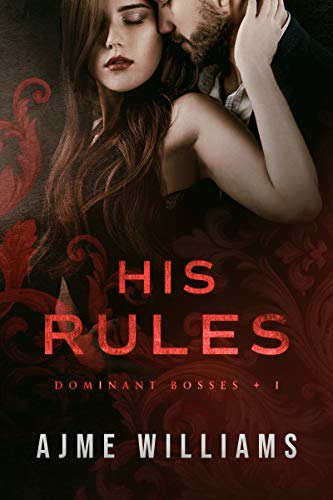 A southern stranger for one night? Yes please.
Don’t have to see him in the morning? Even better.

I think this is one big joke.
When I opened the door to his office and saw his face, I knew that my nightmare had come true.
The same stranger who had kissed my curves so adoringly was now looking at me like I was a mistake.
To be fair, I was looking at him the same way.
He was a mistake.
A delicious one.
A grumpy one.
This hot mistake came with consequences in the form of… rules.
Look, I am okay doing hot men, but I don’t do rules.
Not the ridiculous kind anyway.
My boss is determined to make me obey.
And I’m willing to let him try.
Even if the end result is a secret baby that would turn my world upside down…

Dominant bosses, sassy bbw’s, loads of office drama and angst! Each book in the series can be read on it’s own, promises oodles of kindle melting heat and of course, a very passionate happily ever after. His Rules is Ryker and Nina’s story.
Books do not have to be read in order.