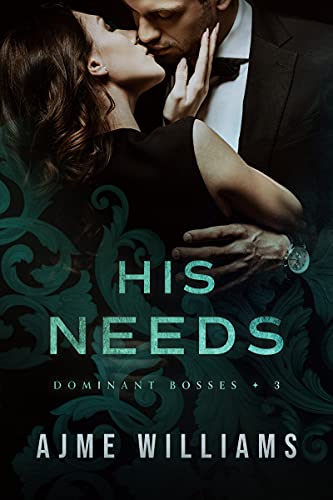 But I failed.
Miserably.
It was easier to hate Claude but harder to stay out of his bed.
He wanted to win.
He wanted to control me.
And he wanted to make me submit.
The worse part?
I let him do those things.
I satisfied his billion-dollar ego by letting him adore my curves.
Falling in love with a bad boy was a… bad idea.
But Claude wasn’t just that.
He was also my enemy.
An enemy that now had my heart.
Could I still reclaim it knowing that this bad boy was going to be the end of my sanity?
What if a part of me craved to be destroyed by him?

Dominant bosses, sassy bbw’s, loads of office drama and angst! Each book in the series can be read on it’s own, promises oodles of kindle melting heat and of course, a very passionate happily ever after. His Needs is Claude and Felicia’s story.
Books do not have to be read in order.