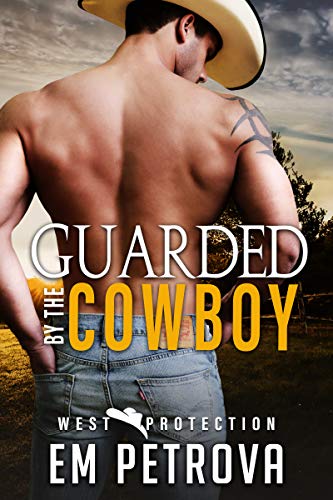 Fake marriage? If that’s what it takes to get the job done.

Boone Wynton is one of the top bodyguards on the WEST Protection team and in the country. So taking a job to protect the wife of a billionaire oil tycoon seems like a breeze—until he learns he can’t get near the possessive man’s wife unless he’s married. His only option? A coworker who hates him. Maybe she is kind of pretty, and her lips drive him crazy—as long as she isn’t speaking.

Cyber-security guru Lauralee Sheldon has worked at WEST Protection all of a month—exactly long enough to learn she can’t stand Boone Wynton. The only way she’ll act as his fake wife is for the sake of protecting a vulnerable woman, and even then on one condition—that Boone never lays a hand on her, even if they are big and perfectly rough.

When fighting turns into foreplay, Boone changes the rules of the game, blurring the lines between real emotions and deception. And with dangers flying at them from all directions, it’s hard to know who to trust. Is it the man Lauralee never believed in?

GUARDED BY THE COWBOY is a fast-paced action and adventure with all the hot cowboy bodyguards you love from book 1 of the WEST Protection series. If you crave sexy banter and characters who can’t keep their hands off each other, this is your next 1-click romance!