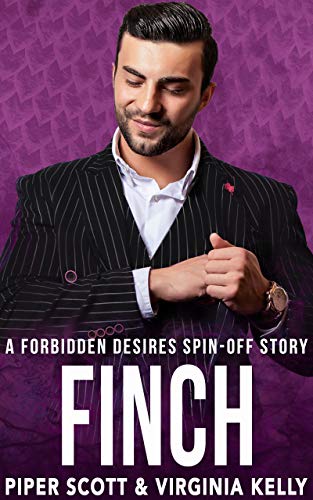 Hugh Drake, the most whimsical member of the Drake family, wants a clutch badly… and despite his sanctioned period to reproduce nearing its end, he just might get his wish. New information has emerged that suggests Disgraces are dragons and able to bear eggs. All that’s left to do is find one Hugh can tolerate, and who better to help him find his perfect match than his steadfast and faithful secretary, Finch?

If only Finch were a Disgrace, but alas. Some things simply aren’t meant to be.

Sensible and straightforward Finch has served as Hugh Drake’s secretary for over a decade, and secretly loved him for just as long. Hugh is the light of his life, but he’s also entirely too gullible, which is why Finch refuses to believe his claim that Disgraces are dragons. They’re not. Finch would know, since he is one. But that little fact will have to stay a secret, because Finch would rather his love go unnoticed than be the one who breaks his dragon’s heart when he fails to produce a clutch.

Finch is an 80,000 word hilarious omegaverse mpreg-ish romance set following the events of the Forbidden Desires series. It contains an adorably clueless dragon, a faithful secretary whose heart is invested in more than just his job, the best Funfetti cake ever, “slippery” situations, and a single amethyst cufflink. For maximum enjoyment, Finch is best read following the events of Clutch, Bond, Mate, Swallow, and Magpie.