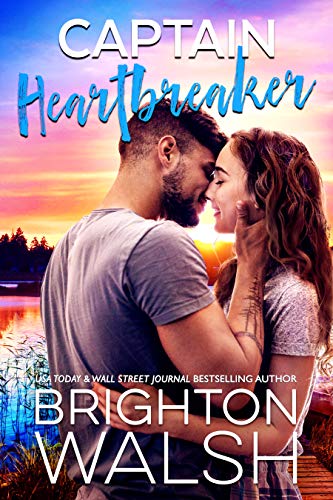 Adventure is in Captain Hudson Miller’s blood. For the past ten years, he’s spent his days in the sky, serving as a pilot for the army. But where adventure called him away, something—someone—is calling him home. On post-deployment leave, he escapes to the one place he hasn’t been since he enlisted: Havenbrook, Mississippi. Hometown of his momma’s peach cobbler, enough memories to last a lifetime, and the only girl who ever left an imprint on his heart.

Mackenna Haven thought she’d have her life figured out by now. Instead, she’s a twenty-seven-year-old college drop out who works at her soon-to-be brother-in-law’s bar and lives on her parents’ land. No husband or kids to her name. Not even a consistent weekend booty call. She’s been pretending she’s happy working dead-end jobs in an even deader-end town, but she can’t stop thinking she was meant for more than this.

After a childhood as best friends and a single weekend exploring more, Mackenna and Hudson haven’t seen each other in ten years. But they made a pact that long ago weekend, and Hudson’s coming to make good on his promise. Except he walked away from her once already, and she’s not interested in opening her heart and allowing him a second chance at destruction.