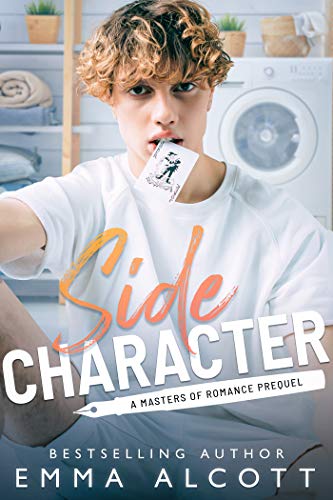 And tonight, that ahem is going to make my mouth feel like a Tokyo subway car at rush hour. We’re talking crowded. Crammed. Absolutely stuffed. And if I’m lucky, a few stops later we’ll both get off at the same time and head home together to see what kind of trouble we can get up to when bed is our final destination.

But you know what they say about the best-laid plans…

It’s a good thing I’m resourceful, because come what may, I’m not going to stop until I make Sawyer mine.

Side Character is a stand-alone short story set in the Masters of Romance universe. While there are no authors in this one, there is a sassy best friend who messes things up spectacularly, but still manages to land the man of his dreams. Get ready for love, laughter, and some serious steam. No cheating and no love triangles, guaranteed.

Please take note: Side Character was originally part of the Winter Wonderland giveaway under the title D***** Down on New Year’s Eve. The story remains the same—only the title and cover have changed.