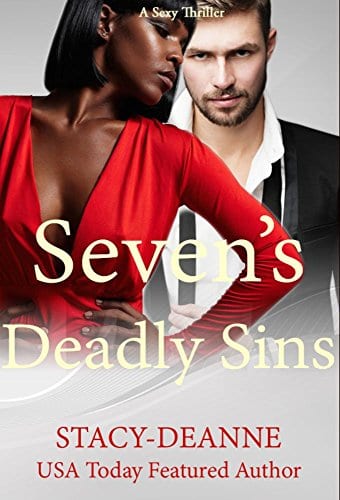 While at her exhibition, artist Kaya meets the alluring Seven Prescott, billionaire heir to the LX Energy dynasty in Houston. The chemistry is impossible for Kaya to ignore and before she can blink Seven has her upstairs in the museum getting dirty on a table.

They spend the night together and though she likes Seven, and the sex is great, Kaya lacks an emotional connection with her wealthy suitor and immediately realizes she doesn’t want things to go further.

While having dinner with Seven and his parents, Kaya meets Seven’s best friend Brandon and the two fall hard for each other. Convinced Brandon is her soulmate, Kaya dumps Seven for a chance at true love not knowing it’s a decision she’ll soon regret.

After failed attempts to get her back, Seven declares war on Kaya using every weapon at his disposal, including his money and power, to make her life a living hell.

(This is a sexy thriller about obsession, lust, desperation, and madness)