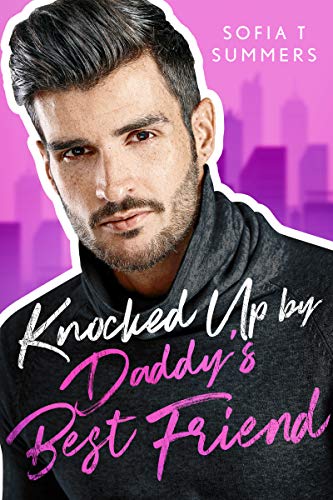 What’s dumber than being betrayed by the love of your life and watching him cheat on you with your best friend?

Joel was just trying to console me.
Or at least that’s what he told himself… and I believed him.
And so, I let him get close.
Really close.
Dangerously close.
Joel was supposed to be the “safe” guy.
But instead, his love for my curves became a problem for both of us.
My dad found out.
His ex-wife began wanting him back.
The barriers kept getting higher until neither of us wanted to deal with them.
It would’ve been easy to walk away if…
I hadn’t gotten pregnant.
Running was now no longer an option… or was it?

Fall in love with this deliciously sinful, kindle melting hot, and forbidden temptation from Sofia T Summers. No cheating or cliffhanger – EVER.
All books in this series stand alone and do not have to be read in order.