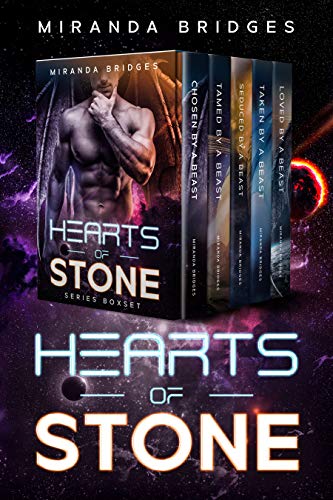 The entire series now available in one boxset!

And now my situation with this new group of aliens has gone from bad to worse. I was with a bunch of elf-like aliens who had unparalleled technology, but now I’m in the midst of a group of primitive gargoyle aliens running around in loincloths.

Which doesn’t hide much, let me tell you. There’s one gargoyle in particular who watches my every move, but what’s under his loincloth scares me more than his beastly appearance.

To be sure we’re worthy to breed with, the savages have us each perform a rite of passage.

And by that I mean a test of survival. Navigate the terrain, scavenge for food, defend myself against wildlife—basically all the things that could cause bodily harm or death. So that’s fun.

And as much as I’d like to be rescued by the alien who’s stalking me, it looks like I’m on my own. Maybe I shouldn’t have flipped him off, but how was I supposed to know I’d need his help?

Now, I’m going to have to tap into my survival skills or I’ll be dead by morning. May the odds and the aliens be ever in my favor. Or something.

*It’s highly recommended that this series be read in order:

*This is spin off from the House of Kaimar Series. If you want to know Makayla’s tiny backstory, please read those books first.